http://summeralan.wordpress.com/
I have a new blog! Please come over and visit!
posted by Summer Alan at 3:28 PM 2 comments

I was interviewed by Kris Eton recently, and she gave me permission to reprint the interview here. Thanks, Kris!

Q. I heard you just sold another story to Cobblestone Press. What can you tell us about it?

A. Hello Kris! In case I forget to tell you later, I had a really good time tonightah, Pretty Woman referencegotta love that. Meanwhile, the new story: it's called Two Men and a Truck, and it's a M/F/M ménage romance. Here's the blurb: Josie is burned by one man and decides to leave town until two men show her how it feels to really burn.

Q. Are you often inspired by things you see while on the road? (I noticed you are a wanderer of sorts.)

A. Inspiration comes more often than not by things I see around me, things people say, stuff I read. The vegetable scene in Bone Deep was a direct result of overhearing a man and woman talking at a party. The hard part is remembering it long enough to get somewhere I can write it down. It is pretty tough to carry on a dinner conversation with people when all I'm thinking is, "That's such a great idea! I've got to write that down!"

A. I'd been writing for a long time, typical romance stuff, then one day, I wrote this story (Isosceles Triangle) that was smoking hotmuch hotter than anything I'd ever written before. I had no idea what to do with it. I even tried to give it away to someone else for them to submit under their own nameI'll tell you that story when I know you better. Ha! A writer friend of mine convinced me that I was insane and that I needed to send it to someone. So, I took her advice, didn't give it away and finally did submit it to Deanna at Cobblestone Press. She bought it in 3 days, which is still a record for me. Of all the stories I've written and published, it remains my bestseller. I got in touch with my "inner kink" and have been writing it ever since.

Q. What's your writing process? Are you a plotter or a more organic writer?

A. I'd say I'm more of a panster than a plotter. I like to go with the first spark of an idea and see where it leads.

Q. Are you working on anything new? What can you tell us about it?

A. I've recently finished the first draft of my first sequel, a follow-up story to Isosceles Triangle. I haven't come up with a title for it yetI've been calling it "Cyber Sex" until I come up with something better. I'll get it edited one of these days and submitted to Deanna.

Q. I noticed "Isosceles Triangle" is a sci-fi book. What attracted you to that genre?

A. The title for that story didn't come to me until the very end of the first draft. I don't know what you know about triangles, but an isosceles triangle is one with 2 equal sides and 1 side of a different length. It seemed to fit the situation well with 1 male scientist, the clone he'd created of himself and the heroine. I went back at the end and gave the scientist the middle name of "Isosceles."

But that doesn't really answer your question, does it? Sorry. Why do I like sci-fi? Who knows? Why do I like martinis? I just do. They are fun and they make me feel good. Not much of a reason, is it?

Q. Which of your books was the hardest to write and why?

A. Surprisingly, I wouldn't say any of them have been hard to write. I just try to focus on the conflict and the underlying attraction, and the rest kind of turns out how it turns out. Writing for me is really about having funa means of escape from reality. If it gets hard, I take a vacation until the urge to write more comes to me.

1I have an alter-ego. If you meet many writers, you'll probably find a lot of us do.

2I only write the hot stuffwriting a non-erotic romance doesn't interest menor am I especially good at it.

3I don't know how long I'll do this. I have plans to visit the pyramids in the near future, and I can almost see myself staying there. I was born to be a Pharaoh.

5Writing has opened up a world to me that I didn't know existedand that world is a blast. The world of the mind populated by amazing writers who at heart, are really interested in only one thing: telling a great story.

http://krisetoncom/author-interview-summer-alan
posted by Summer Alan at 7:24 AM 0 comments 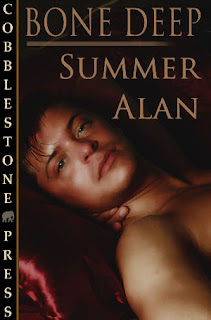 "Flight attendant Hailey Rockwell has just been dumped by her pilot boyfriend, David. He’s decided that he ‘needs a little time’ away to consider where their relationship is going. The problem is that the jerk really just wants to move on to another woman, and he tells his best friend an enormous lie to keep Hailey off his back. Hailey thought they were together for the long haul and had even started to think about marriage. Imagine her surprise when she finds out nearly everyone at work knew she was being dumped before she did.

Kevin believes his best friend when he’s told that Hailey is threatening to expose their affair to his wife. So he agrees to entice her away and make her forget all about David and how much she cares for him. When he sees her leave the airport terminal, he follows her out into the rain and comes to her rescue during a time when she’s feeling alone, miserable and vulnerable.

Ms. Alan has constructed a well written tale of the emotional upheaval a young woman experiences when her hopes and dreams are unexpectedly destroyed. The sex between Hailey and Kevin is intense and passionate, and David, her ex-boyfriend is definitely a jerk that you love to hate. Her descriptions of Hailey fragile emotional state was well done and vivid, leaving me little doubt to the extent of the pain she was experiencing. Kevin’s uncertainty of his feeling toward Hailey are equally well done, but his trust in the lying, conniving jerk he called his best friend left me with an unpleasant taste in my mouth. After all he was well aware that David had been having multiple affairs behind his wife’s back, so why’d be believe what he said about Hailey in the first place, I don’t understand. And why would she still want to go back to man who’d hurt her so badly. I think that if the story had been a little longer so that I could have gotten a better idea of what motivated the characters to act the way they did, I would have enjoyed it more." --Pam

Well, she wanted it to be longer and she hated the villain...how much more can you ask for? That's the thing about villains...they do pull the wool over our eyes.

I just sold another Tryst to Cobblestone Press! Yay! This one is called "Two Men and a Truck" unless I think of something better. It's a wild menage story that I hope you'll all enjoy. I'll keep you posted on release dates as soon as I know something.

I heard of this moving company in Tennessee called "Three Men and a Truck" and I got to thinking how hunky moving men are...and what can I say? One thing led to another. But really, 3 men and one woman? Hey, that's a little too crowded, I thought. So, I narrowed it down to the 2 best-looking ones! LOL

“I think we need time apart”, is what Hailey has been told by her boyfriend David. Fresh off a flight and standing in the Seattle rain, things have never looked more grim for Hailey. Then David’s best friend Kevin pulls her into one very sexy kiss. Kevin seems just the answer for all her problems. Though things are not always what they seem. Things really heat up, and Hailey and Kevin find bliss in each others arms...then David returns to stake his claim. Can Hailey realize the kind of man David is before she makes the biggest mistake of her life?

I was immediately drawn into Bone Deep by the emotional beginning. The sweetly sensual kiss shared by Kevin and Hailey in the rain had me anticipating a very interesting story, and Ms. Alan did not disappoint. The interaction and sexual chemistry between them made for one hot story. I enjoyed the spicy side to life Kevin introduces her to. The sex scenes had me fanning myself and quickly turning the page to see what came next. Ms. Alan added in just the right amount of personal drama to make the reader root for a great outcome. I am eager to read more by this talented author.

Come on over and visit! I'm guest blogging at http://keyboardsonfire.blogspot.com today!
posted by Summer Alan at 8:59 PM 0 comments

Isosceles Triangle
By Summer Alan
Reviewer: Aggie Tsirikas
Rating: 4-The reviewer found this book to be engrossing and arousing
Heat Level: H for Hot. Our Reviewer was forced to find her toys while reading

"Dr. David Isosceles McAllister is a scientist who has dedicated his work to his life's ambition, to the exclusion of all else. He's created the world's first clone cyborg in Adam. His assistant, Chelsea Dawson, has been in love with David since she first started working for him, though he's never noticed her as a woman. David is surprised when Adam instigates an encounter
between Chelsea that brings him to his senses. Will David realize that there's more to life than just his work?

"I really loved the way Isosceles Triangle opened, leaving your mind racing a mile a minute trying to work out what was going to happen to the main characters. Dr. McAllister sounded strange but cute, with his radical ideas, and finally being able to reach the success he'd always wanted. What I did enjoy most about this story is seeing this man of science finally acknowledge the woman who he'd been working beside for so long, a woman who was in love with him, as a desirable person and one he had strong feelings for. The plot wasn't new but it held a few surprises for me and was written in such a fashion that it kept its momentum from the opening chapter. The sex between the main characters was flaming hot, whether it was a scene between Chelsea and David, or with the irresistible Adam. This made the ménage scenes extremely arousing and helped the main characters develop their relationship at a realistic pace. Adam was absolutely yummy! And the juxtaposition between him and David was marvelously done. Seeing the other side of David in Adam, his cyborg creation, brought other elements into the equation and made this short story a thoroughly enjoyable read. Ms. Alan did these two men justice in the role they played with Chelsea." --Aggie Tsirikas

Did I mention that JERR Rocks?? Thanks so much Aggie!

Summer is the writer with a no-holds-barred approach to storytelling.

JOIN MY NEWSLETTER!
Drop me an email at summer_alan@msn.com and I'll add you to my list today!